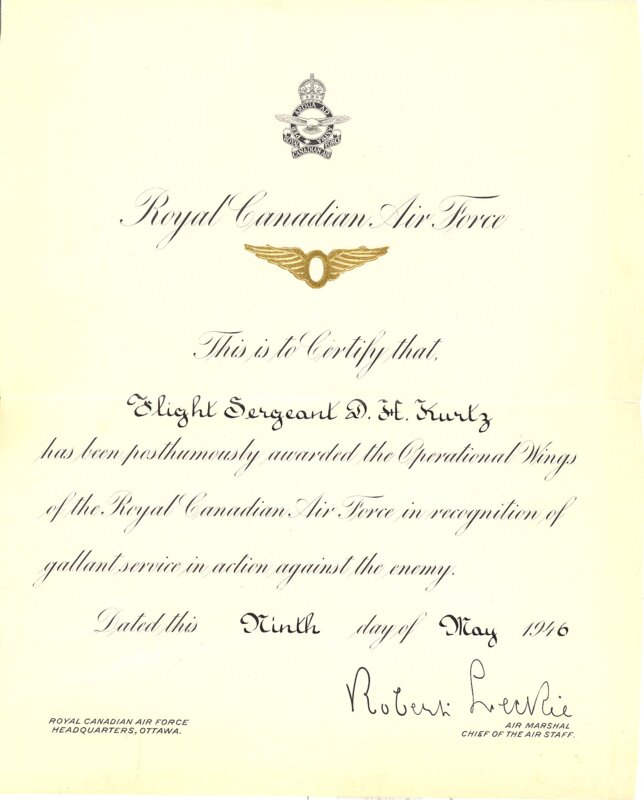 To be worn on the centre panel of the left breast pocket of aircrew uniforms during the latter part of World War II. An exclusively Canadian award, designed by W.D. Dunbar. 30 Sorties = 1 Tour for Bomber Command ( including Pathfinders).

Awarded to 21 year old Flight Sergeant Dennis Haig Kurtz, member of the overseas air crew in Europe. Dennis was an Air Observer in the #16 Operational Training Unit who was killed in action on August 1, 1942. Shot down at Eindhoven, Holland in a Wellington aircraft on an operation attached to 405 Squadron. He is buried in Woensel General Cemetery, Eindhoven, North Brabant, Holland.