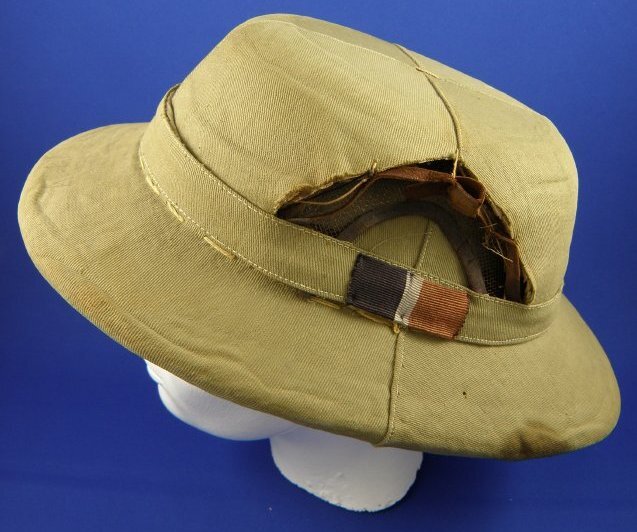 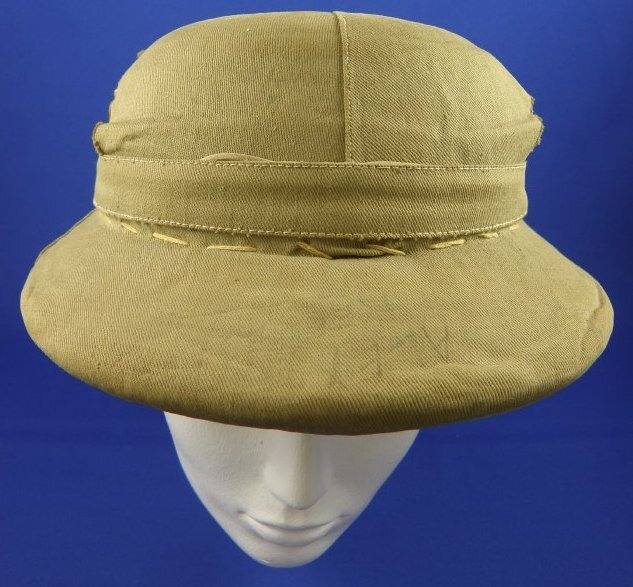 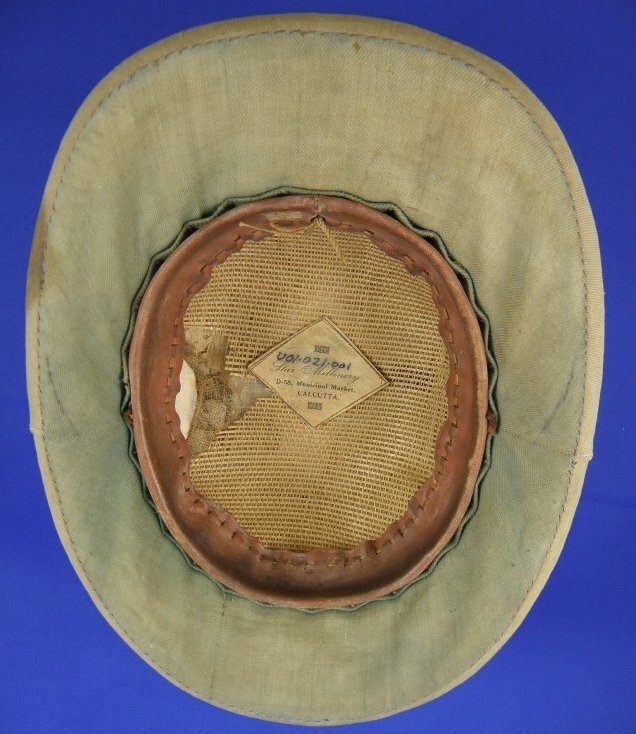 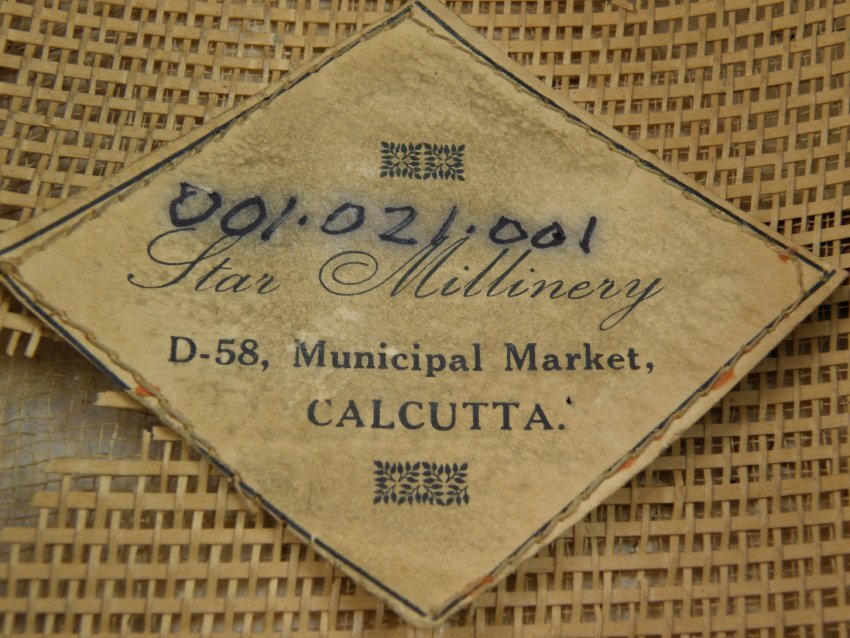 WWII Tropical Pith Helmet
Khaki covered sun helmet with a puggaree that runs around the bottom of the outside torso of the hat. It forms a type of bow at the back just above the protective neck peak. On the left side of the helmet a tri coloured patch of dark brown white and reddish brown, has been attached to the puggaree midway between the front and the back.
The interior bowl of the helmet is made up of one quarter inch thick layer of sola (Indian swamp growth) copper mesh and finally the fine straw-like mesh forming the inside liner of the helmet. A brown hand sewn leather sweat band encompasses the inner rim of the helmet. A small square paper label is affixed to it and reads, EXACT 7 1/8 59. A triangular paper label attached to the inner bowl of the helmet reads, Star Millinery, D-58, Municipal Market, CALCUTTA.

This pith helmet was used by Alex J. Reeves while he was stationed in Burma with 435/436 Transport Squadron, from 1944-45.
435 Squadron was formed in Gujrat, India in November 1944. The Squadron provided airlift support, using the famous C-47 Dakota Aircraft, throughout the Burma Campaign of 1944-45.
Since that time, the Squadron has operated Dakotas, C-119 Boxcars, and C-130 Hercules in many roles including Strategic and Tactical Airlift, Search and Rescue (SAR), and Air-to-Air Refuelling (AAR). Following WWII, the squadron was based in Edmonton, Alberta. In 1994, 435 Squadron moved to its current location, 17 Wing Winnipeg, Manitoba.
Burma Years
435 Transport Squadron was formed as a Royal Canadian Air Force unit on November 1st, 1944, at Gujrat, Punjab, India. At the time, the Squadron flew Dakota Aircraft in support of the British Fourteenth Army in Northern Burma. While operating in the Far East, the squadron completed 15,681 sorties (missions). During these sorties, the crews moved 27,460 tons of freight, 14,000 passengers and suffered 851 casualties.
Four Aircraft were lost and 21 airmen injured. Of the 21, eight were killed, five were wounded, and eight were missing. In 1996, the remains of the KN 563 crew, missing in action since June 21st, 1945, were recovered from the Burmese jungle in December 1996.